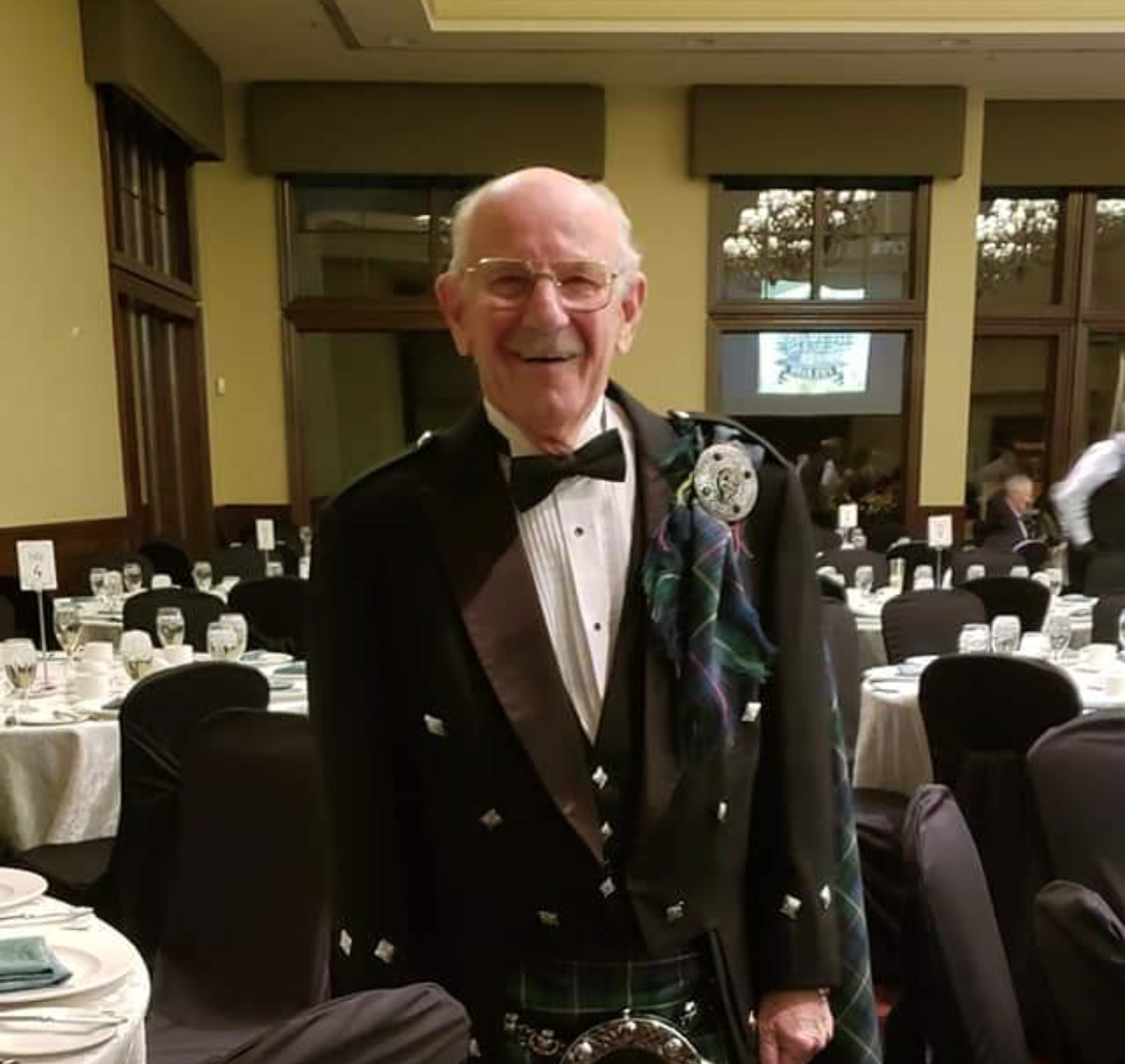 Married to Margaret (1937 – 2014) at the age of 21 he embarked on a lifelong career in the construction industry, excelling as a crane operator for 30 years with Local 793 and eventually becoming a respected instructor and mentor in order to further pass along his extensive knowledge.

Bitten by the travel bug he often embarked on faraway trips whether it was alone, with family, or more recently with sweetheart Dawn. An avid photographer, he would always return home with a multitude of images and stories to go along with them.

As a young man he enjoyed playing hockey (goalie), softball, golf, and later taking up curling; participating in a number of bonspiels and often bringing home the cup (or almost!).

As a loving father and devoted grandfather he did his best to attend any sporting event or function that showcased the kids/grandkids passions; coaching hockey for John, and softball for Chris & Beth, attending Beth’s Air Cadet Parades, cheering Sidney on at horse shows, or Taylor at cadets, taking Isabelle to a Oshawa Gen’s hockey game or enjoying movies with Calum.

For a number of years Ron helped organize an annual charity golf event in honour of Children’s Wish Foundation, representing his generosity of spirit and desire to help others.
Ever the jovial outgoing fella, his list of friends, associates, and acquaintances is extensive.

A caring and thoughtful man, with a slight flair for the dramatic, Ron will be missed by all who enjoyed his company.

Predeceased by his Wife Margaret Cowper (Taylor). Papa is survived by his daughters Christine, Elizabeth (Sean), and son John, his grandchildren (Sidney, Taylor, Isabelle, & Calum) and Dawn; his partner of 4 years. Ron, Dad, Papa was loved by many and will be missed by everyone he touched throughout his life.

Celebration of Life will be held in the spring at Tam Heather Curling Club in Toronto.

Donations may be made in his honour to either Sick Kids Hospital Foundation, The Children’s Wish Foundation of Canada (Ontario Chapter) or the Canadian Pulmonary Fibrosis Foundation.

Offer Condolence for the family of Ronald John William Cowper