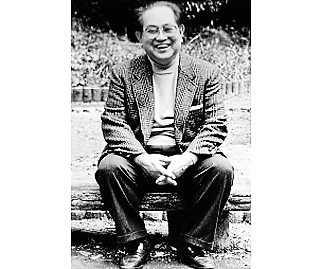 In his 88th year, passed away suddenly yet peacefully at the Toronto Western Hospital, on Wednesday, January 27, 2016. Beloved husband of Esther Takeko Murata, with whom he would have celebrated their 60th anniversary this April. Father to David Nobu-tsune, Mary Madoka, E. H. Erika and Paul Hiro-tsune. Grandfather to Lucian, William and Saya.

He was born in Kagoshima, Japan, graduated from the 7th National Collegiate Institute and the University of Tokyo and, as a Fulbright Scholar, he graduated from the Emmanuel College, University of Toronto. As an ordained Minister with The United Church of Christ in Japan, The United Church of Canada and The Presbyterian Church (USA), he served as a Missionary from Japan to the Japanese speaking people in Vancouver, Lethbridge, Toronto and Philadelphia.

He was also a former Chancellor of the Fukuoka Jo-Gakuin, Japan. Family cremation has taken place at St. James Crematorium, Toronto, on January 30, 2016. Memorial service will be held in the sanctuary of the Metropolitan United Church, 56 Queen St. E., Toronto, on Saturday, February 6th at 6 p.m. For free parking at the church, please inform the attendant that you are attending the memorial service.

Offer Condolence for the family of Revered Benjamin Toyo-Tsune Murata