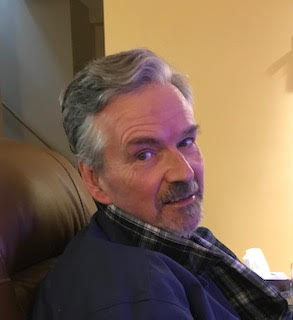 The family of Paul (Wog) Joseph Kane is so very sad to announce his unexpected death on May 6, 2022 at Sunnybrook Health Sciences Centre from post operative complications.

Paul was born on August 28, 1958 to Dr. Thomas and Isobel Kane. In high school he enjoyed and excelled at basketball and football. He continued on to LU and graduated with an HBComm. He put his degree to good use and always worked hard to do the best job he could throughout his career with continuous learning a cornerstone of his values.

In 1982 he met Cindy Tait who was, as he put it, the only woman he could ever marry. Paul and Cindy tied the knot in 1985 and in 1990 welcomed Thomas and in 1991 James. Paul loved being a dad and most evenings when the boys were little, “karate man” was the bedtime game of choice. Next, Paul procured a tent trailer and many happy summers were spent camping with the family and dog Ringo. Once Thomas and James started hockey, Paul became a very proud hockey dad. He loved watching the boys and was a positive and encouraging supporter. His guidance and support for his boys was never ending and will be profoundly missed by them.

While most important to Paul was his family and his love for them, his MNF brothers were an integral part of his life. He was referred to as the glue that held the group together. His deep and lasting friendships with this group brought him so much joy and happiness: Bryan Nunan, Tony Rapino, Phil Gandier, Mark Baruzzi, Mike Missere, Walter Warywoda, Bogdan Staruch, Gary Dorval, Jeff Chan, Rob Nahachewsky, Andy Whicher, Will Quarrell, Garry Grgurich, Danny Thompson, Ron Tateishi and honorary member Doug Crawford. Wog was known for his superb sense of humour. Trading cheap shots and matching wits with his friends delighted him.

Paul loved to drive and on the many long road trips with Cindy to California, BC, or wherever, he always tried to make it in record time and often succeeded. He was a great story teller and was known for his interesting and funny anecdotes or memories. Paul spent many summers, into his teens, at Camp Stephens on Lake of the Woods. He had the privilege of participating in a 6 week long canoe trip. One of the elements of this demanding paddle was crossing the 19km Metheye Portage in northwestern Saskatchewan. He was appropriately proud and continued to enjoy canoe trips or little paddles with friends throughout his life.

In lieu of flowers please send a donation to a charity of your choice, TBRHSC, or Camp Stephens (YMCA-YWCA).

Cindy, Thomas and James would like to say a heartfelt thank you to family and friends for their support and love throughout Paul’s journey and these last 8 weeks in particular.

Condolences may be made through Affordable Burials and Cremations at www.abcfunerals.com or https://www.affordableburialsandcremations.ca/paul-kane/

Offer Condolence for the family of Paul Kane