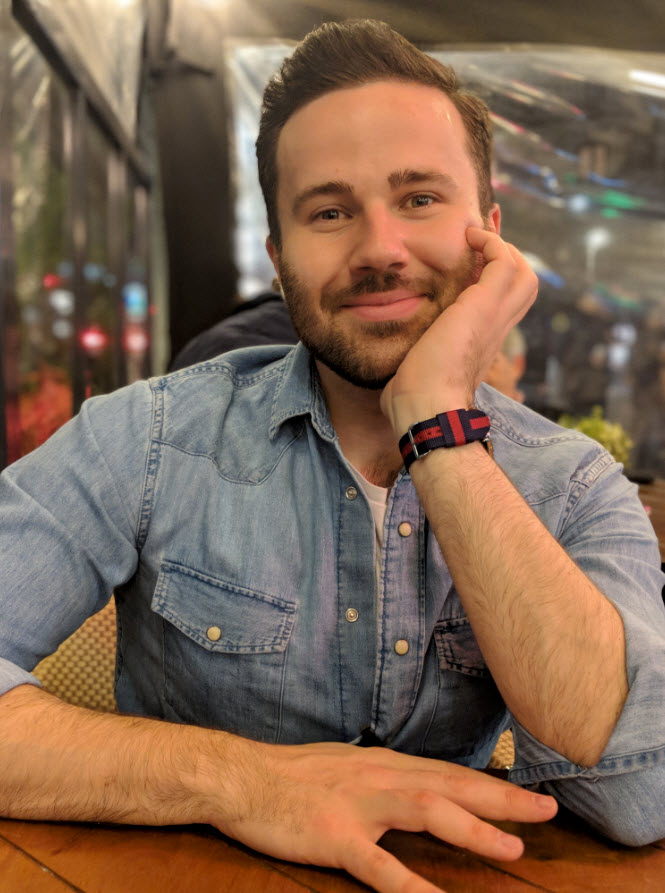 It is with heavy hearts that we announce the sudden passing of our dearest Matthew. He died peacefully surrounded by family and friends and was given the best of care by the compassionate staff at Sunnybrook Hospital.

Matthew was a notorious trickster, a lover of food, a hilarious storyteller, a Christina Aguilera aficionado, and a generous host. At times he was soft-spoken, but, for the most part, he was the life of the party. He had an infectious perfect smile and a laugh that simmered quietly before exploding for all to hear. He housed a sense of whimsy, a delightful charm, and a sharp wit that provided everyone he met with instant joy.

Born in Saint John, New Brunswick on August 22, 1986, Matthew spent his childhood in the Quispamsis area where he explored music and theatre through local community groups Kidsing, Rotary Boys Choir, and the KV Players. He developed a passion for the arts and continued his post-secondary education at St. Thomas University with an emphasis on theatre. While in Fredericton, Matthew created a close inner circle of life-long friends, castmates, and collaborators who would follow each other to Ontario.

Matthew moved to Toronto to pursue acting at George Brown Theatre School. He discovered a talent for directing and began producing independent plays written and performed by Maritime artists. For four years, Matthew worked at Canada’s National Ballet School where he discovered a path of education and youth work. He further explored this work at the Blythe Academy, Toronto, where he was a beloved and popular guidance counsellor and teacher. He was considering attaining a Masters in Education.

Matthew bloomed into a gentleman. He ingrained himself in Toronto’s yoga community and the Toronto Spartan Volleyball League. He was passionate about baking. He hunted for treasure in local flea markets. He travelled to Portugal, Scotland, London, New York, Spain, and Mexico with more trips on the horizon. He created a life for himself that was ever expanding and full of infinite adventures.

Matthew was a charismatic bright light in the lives of all. The news of his death has reverberated throughout the many communities he traversed and is a testament to the positive and loving effect he had on others. Matthew navigated his life with a sense of ease, even in the most challenging of circumstances. He never got weighed down by the world, and had an inner landscape that was always “twenty-three degrees and sunny.”

The Hines family wishes to express their gratitude and support towards Matthew’s Toronto family and community during this time, especially to Tomas and Shawn.

In honour of Matthew, there will be a celebration of his life Friday, November 9th at the Shadow Lawn Inn from 3-7pm. 3180 Rothesay Rd, Rothesay NB.