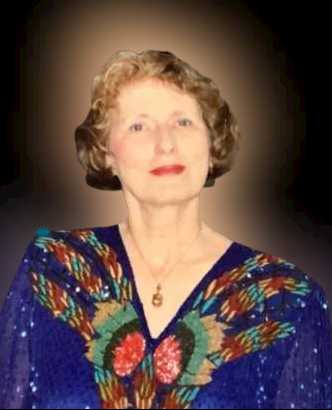 A resident of North Leaside for more than forty-five years, and a life-long resident of Toronto, Mary was born Jan 28, 1930 to James Gordon McCaul and Buddug Annie Wynne-Roberts.

Mary went to Rosedale Public School and Jarvis Collegiate Institute, and met her husband Ross George Snetsinger at Toronto Normal School, which became Toronto Teacher’s College, where they shared a deep love of puppetry and the planet. Mary started her teaching career in Woodstock and then worked at Lord Dufferin Public School.

Each winter Mary would set aside nickels and quarters and plan a family adventure for the summer.  These trips  included road trips across the country to live in Nova Scotia or visit Vancouver, or spending the summer in a house in the shadow of Glastonbury Tor in pursuit of the legends of King Arthur.  When camping, Mary had a stopwatch and would time her family as they set up or struck camp each night.

When their own four children were old enough to take care of themselves, Mary reentered the work force to take care of those who couldn’t.  Initially volunteering at the Ontario Crippled Children’s Center, she became a valued member of staff, teaching Blissymbolics and retiring as a teacher from currently named Holland Bloorview Kids Rehabilitation Hospital.

Besides being a devoted wife and mother, Mary was a marathon runner, gardener, solo long distance canoeist, and a meticulous and creative quilter. A vegetarian for most of her life, Mary would wake up early every morning to have warm brown bread ready for the family. Mary was a humanitarian, political activist, hiker, Girl Guide Tawny Owl, environmentalist, hospital clown, costumed historian at Todmorden Mills, and advocate for young people everywhere.

Mary lived by “‘you regret the things you don’t do, not the things that you do do” and instilled that enthusiasm into her children.  She leaves us all with the great “Spirit of Adventure” that abundantly filled most of her own life.

Chester Village in Scarborough became her final home. The family would like to thank the compassionate carers who helped Mary through her long last journey.

No flowers please but donations to the Parkinsons Foundation in her honour gratefully appreciated. https://www.parkinson.ca/getinvolved/waystogive/#memory