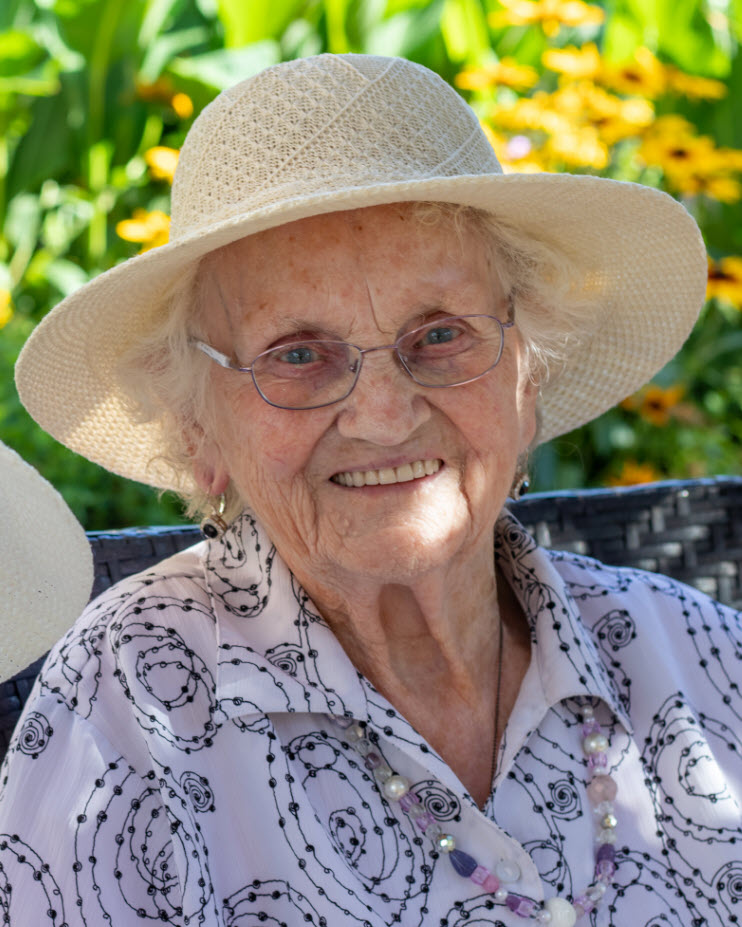 Martha Johanna Wouters, nee van Duijnhoven returned to her heavenly home on October 31, 2020 after a valiant battle with long debilitating illnesses. She was 95 years young. Her strong will to live, unwavering faith in God, and the love and prayers of family, friends, and many supporters carried her through her struggles and ultimately gave her peace.

Martha was born and raised in the Netherlands in a farming community, enduring the hardships of an occupied country in World War ll. She was trained as a seamstress, a skill set she actively
used for most of her life. She was immersed in the Catholic community that would be her lifelong support from an early age. She married Gerry in 1952 and the two of them promptly left for a new life and opportunity in Canada, boarding a ship, disembarking at the famous Pier 21 in Halifax and then taking the train to southwestern Ontario.

The couple eventually settled into country life in what is now known as Oakville. There, Martha focused on raising a family, instilling in them the virtues of faith and hard work. She was a sought after home care worker in addition to working at Simpson’s Department Store for many years.

Martha’s devotion to her church, faith and community were exemplified in the decades of service she gave to St. Dominic’s parish. She applied her accomplished seamstress skills to the making of garments, altar cloths and church banners for masses and special events. She applied her excellent crafting skills to fundraising efforts. She was a long-time member of the church choir and participated in numerous social events. She frequently answered any call for assistance, visiting the sick and offering a helping hand, quietly, without fanfare and all for love that showed her faith. She was a member of the Catholic Women’s League for over 65 years.

Thanks to the staff at Grace Manor, Holland Christian Homes where Martha lived the last few years of her life. Special thanks to the nurses beginning with MaryChrist, who showed such love and compassion in Martha’s initial move to Grace Manor and to Dora, Panvinder and Sandria who were Martha’s God send in her final hours. Appreciation also goes out to the Doctors, particularly Dr. Jobin Varughese who helped her and the family deal with Martha’s ailments.

Martha will be buried at Trafalgar Lawn Cemetery in Oakville in a private family service. The family gratefully declines flowers. Prayers, condolences and memories are gladly accepted. Donations may be made to the Canadian Cancer Society or the Alzheimer’s Society.

Offer Condolence for the family of Martha Johanna Wouters