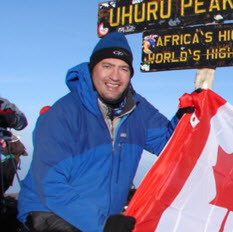 Jason James Bowers, age 48, crossed quietly to the “Unseen World” on November 22, 2018 after a later in life struggle with addiction and mental health issues.

Jason was known to his family, in his early life, as “the globetrotter” having worked in such far away and exotic locations as Uzbekistan, Singapore and Rio de Janeiro, to name a few. One of Jason’s proudest achievements was climbing Mt. Kilimanjaro.

Be extra kind to those around you who are struggling for they too are someone’s son, daughter, brother, sister, nephew, niece, aunt, uncle or friend.

In Jason’s memory, please consider donating to Habitat for Humanity.

“There is no death, only a change of worlds.”
“Over every mountain there is a path, although it may not be seen from the valley.”