ERNEST (ERNIE) COWAN GLOZIER, 96. Peacefully on Sunday February 7, after a sudden, short decline in health and having visited with family members daily. Ernie had a long, active life on the tennis courts, ski hills and in sail boats. Dad grew up in East York where, in 1942, he met the love of his life Betty Glozier (nee Glenday, pre-deceased January 2015). His life was filled with a multitude of accomplishments and incredible memories. He was a veteran of WW II, a pilot with the Royal Canadian Air Force, proudly following in his father’s legacy who can be seen in the picture of soldiers returning from Vimy Ridge in WW I (www.warmuseum.ca/the-battle-of-vimy-ridge/). We are all so proud of their willingness to serve.

Mom and Dad first met on a tennis court and, after a 10-year courtship, married in 1952 with a reception at the Royal York Hotel in Toronto; they were married for 62 years and continued to have a great passion for the game. Dad was instrumental, along with many others, in starting the Curran Hall Tennis Club and was recognized for his leadership and community commitment for Badminton in 1963 and Tennis in 1972 from Scarbourgh Parks & Recreation. He continued his life long love of tennis after they retired to the Beaver Valley and again was a key driver behind getting the courts built at the bottom of the hill where Mom and Dad enjoyed many tennis matches, tournaments and, of course, the socializing that followed. He competed in tennis at the 3rd World Masters Games in Australia in 1994, and was also a fierce squash competitor and a long-time member of the Balmy Beach Squash Club.

Skiing was an equal passion, first learning to ski on the slopes of the Don River Valley with no rope tow, as a group of young enthusiasts, traveling by train to Mont Tremblant with the Toronto Ski Club; stories were told about billeting with local farmers and how hard skiing was back then, but we are sure that one draw was to be among the first to experience the first chair lift installed in Canada at Mont Tremblant. Ernie and Betty continued being ski enthusiasts and sought out and purchased a property near Beaver Valley Ski Club (the Cheeseville School House) which Dad spent many summers converting from one large room to the original Glozier Ski Chalet with kitchen, bedrooms and flush toilets. Mom and Dad were original members of the club, joining in 1967, and in 1978 the Glozier Chalet on Windy Lane at the top of Beaver Valley was built. It is still used today by their children, grandchildren and now great grandchildren. There were many family ski trips across Canada, one of the most memorable was for Dads 75th Birthday. It was his wish that all his family from across Canada join him in his celebration and return to Mont Tremblant where he was able to ski with all his children and 7 grandchildren at the same time, even at 75 he was to be found in the Magic Carpet area teaching his youngest grandchild to ski. Skiing continues to be a family passion.

Dad could also be found in his sail boat the “Chez Moi”, berthed at Meaford, ON, where he was a member of the Reef Boat Club and competed in many races, often with Jan or Rob as crew, as well as sailing across to Christian Island. He also, with Mom and friends, went on a sailing adventure, co-skippering a boat among the islands of Belize.

Ernie and Betty traveled in their retirement years, to England, Scotland, Australia, Portugal, Greece, and France, with friends and family, as well as traveling frequently to visit Nancy’s family in Saskatoon.

Dad had a long successful career at Otis Elevator company, starting as a mechanic’s helper and moving through his career to being the Senior Supervisor for the southern Ontario area. He met and retained many friends even after retirement at Otis. He was involved in the installation of the elevators in the CN Tower, where we were able to celebrate his 95th Birthday with a large family gathering.

Dad over came many challenges throughout his life including the loss of his father at a young age, and his younger brother Ainsley and family in a tragic accident; he beat two kinds of cancer, had four hip replacement surgeries, all without letting it slow him down from living a full life, embracing new opportunities for his entire 96 years. Many of the comments from friends acknowledge his kindness and commitment to the communities he loved, passing his passion for sports to young people and, in his retirement years, taking on battles to protect the environs of the Beaver Valley.

He will be missed, but live on, through his family including son Rob, his children Cameron, Chad (Crystal Clarke) and their daughter Winter Glozier, and Travis (Kendall) Glozier; daughter Jan (Larry Chalmers), her children Jaime (Zach Doerr) and their children Sophie and Lucas Doerr, and Ian (Becca) Hay and their son Oliver Hay; and daughter Nancy (Rod McKay) and her children Colin (Rebecca Stanton) and Graeme McKay – 3 children, 7 grandchildren and 4 great-grandchildren all of whom he was extremely proud and bragged of often.

Dad was definitely an adventurer and has inspired his children and grandchildren, and we are sure future generations, to explore the globe, seek out new adventures, and follow their passions; his parting words to all who remain would include, “everything in moderation, except to have fun every chance you get!”

In lieu of flowers, the family requests that donations be made to any of the following: The Cancer Society (www.cancer.ca), Sunnybrook Veterans Grant a Wish Program (www.sunnybrook.ca), the Juvenile Diabetes Research Foundation (www.jdrf.ca) or the Kids Tennis & Community Programs through Tennis Canada (www.tenniscanada.com/donate/). Information about a future Celebration of Life will be posted later this year.

The Glozier family is extremely grateful of all the care, laughter and compassion the staff at Sunnybrook Veterans Centre provided in the last few years, we could not have hoped for better. 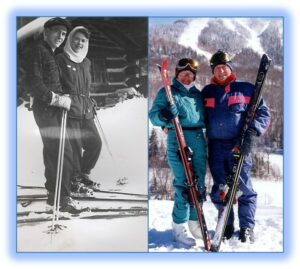 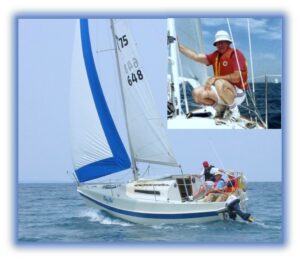 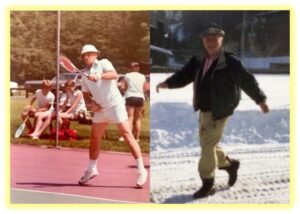 Offer Condolence for the family of ERNEST (ERNIE) COWAN GLOZIER