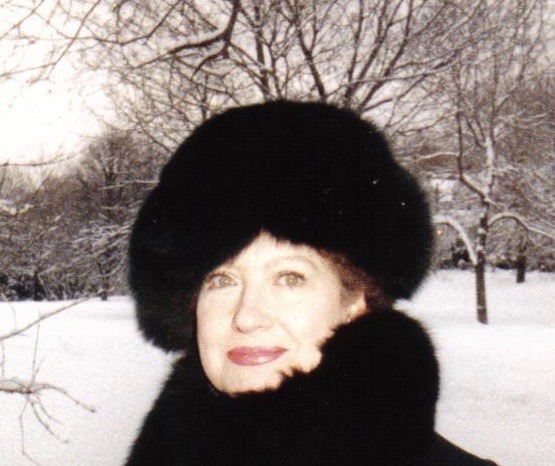 Peacefully at Bridgepoint Health after a lengthy struggle with cancer.

Doreen was born in London, England and trained at Wig Creations as a theatrical wigmaker. She worked at the National Theatre with clients including Vivien Leigh and Laurence Olivier. After marrying a Canadian, Laurie Freeman, she built a stellar career at the Stratford and Shaw Festivals, making wigs for Maggie Smith, Martha Henry, and large cast of other company actors. She worked at Canadian Stage in Toronto as well as at many other theatres across Canada. Doreen and Laurie worked on CATS for 5 years, 2 of them touring Canada.

In retirement Doreen and Laurie tended their Cabbagetown garden and volunteered at Riverdale Farm.

Doreen was predeceased by Laurie (in 2016).  She is survived by her dear brother George Rocknean and her beloved sister-in-law Maureen (Mo), their three children Kim, Laura and Steve and her cherished great-nieces and nephews (all in the UK), sister-in-law Gaye Lade (Mark) and their family, and brother-in-law Robin Freeman (Sharon) and family.

She will be missed by her many neighbours and friends. Many thanks to Bridgepoint for their excellent and compassionate care.

If you wish, donations in Doreen’s name can be made to the charity of your choice.

When possible (pending pandemic) a Celebration of Doreen’s life will take place in 2021. If you would like to be notified please send email address to doreenmemorial@gmail.com.

Offer Condolence for the family of Doreen Freeman