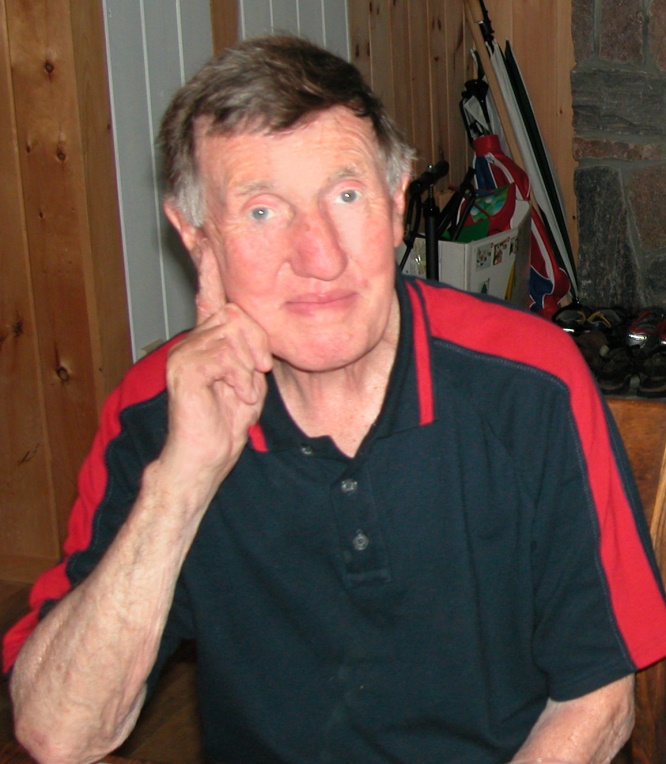 Donald Sidney Lobb was born on October 27, 1922, in Young Saskatchewan. He died 2 months short of his 99th birthday, from complications due to Dementia, on August 20, 2021. Don is survived by his devoted and loving wife May Lobb, his beloved sons, Bill and Dave, and grandchildren, Dilan and Lauren.

Don was raised by his parents, Kathleen and Rodmond Lobb, near the North Saskatchewan River in Edmonton, Alberta, with brothers Charlie, Ken and Bill. Don had fond memories of his childhood even though it was the Great Depression, playing hockey, swimming in the river and skiing on ‘Grassy’ behind the school.

In 1943, Don moved to Toronto where he worked with his older brother Charlie at Bowsers. One day while riding up to his brother’s office, he shared the elevator with a “cute girl” (May) whom he married two years later in 1946. Don and May had a truly happy and remarkable marriage that lasted 75 years.

Enamored with planes and machines, Don later worked on the development of the ill-fated Arrow at AVRO Canada and worked at Tokheim of Canada until his retirement.

Don was a devoted husband and father and spent as much time as he could with May and his sons, Bill and Dave. He was an incredibly supportive and active father, teaching his boys to play catch, ride bikes, skate on backyard rinks, downhill ski and water ski at the cottage in Port Sydney, Ontario.

After Don retired early at 62 to spend more time with May, Don and May took many trips in their camper van to the east coast of Canada and California. Summers were spent at the family cottage and for many years, winters were spent in Florida.

Don will be missed and will always be remembered. His ashes will be laid to rest in Port Sydney, Ontario, following a private service.

Offer Condolence for the family of Donald Sidney Lobb