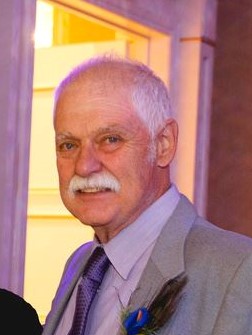 On May 9, 2022 we said goodbye to an amazing man. A loving husband, father, grandfather and great grandfather.

Andy was a quiet man, but anyone who knew him knows how much love he had for his family.

He overcame a tremulous childhood and became a jack-of-all-trades, having worked many different jobs including restaurant work, delivery driver, many odd-jobs and he even considered the army before meeting Gail.

With his devoted wife of 60 years, Gail, at his side, he welcomed 2 children and worked his way through the mines, eventually becoming a trainer, before retiring to work at his small woodworking business.

Despite not having much formal education, he was brilliant in his own way. He was able to figure out how pretty much anything worked, and given a little time, he could make anything out of wood that you could dream up and sketch out for him. He took so much pride in his creations and genuinely enjoyed selling them (far below their worth) at markets and chatting with his customers.

After reading about the benefits of having bats around your home, he researched how to build bat boxes to attract and house them. He became so well known for his bat boxes that he was often referred to as the ‘bat man’ at the market and was given many bat related gifts by other sellers and regular patrons.

He was truly happiest when working with his hands. He completely renovated their two houses and even built a cottage from the ground up.

A Memorial Service will be held at Whispering Pines Funeral Home (15 King St, Powassan) on Saturday May 28th at 12pm

Offer Condolence for the family of Andrew “Andy” Varady