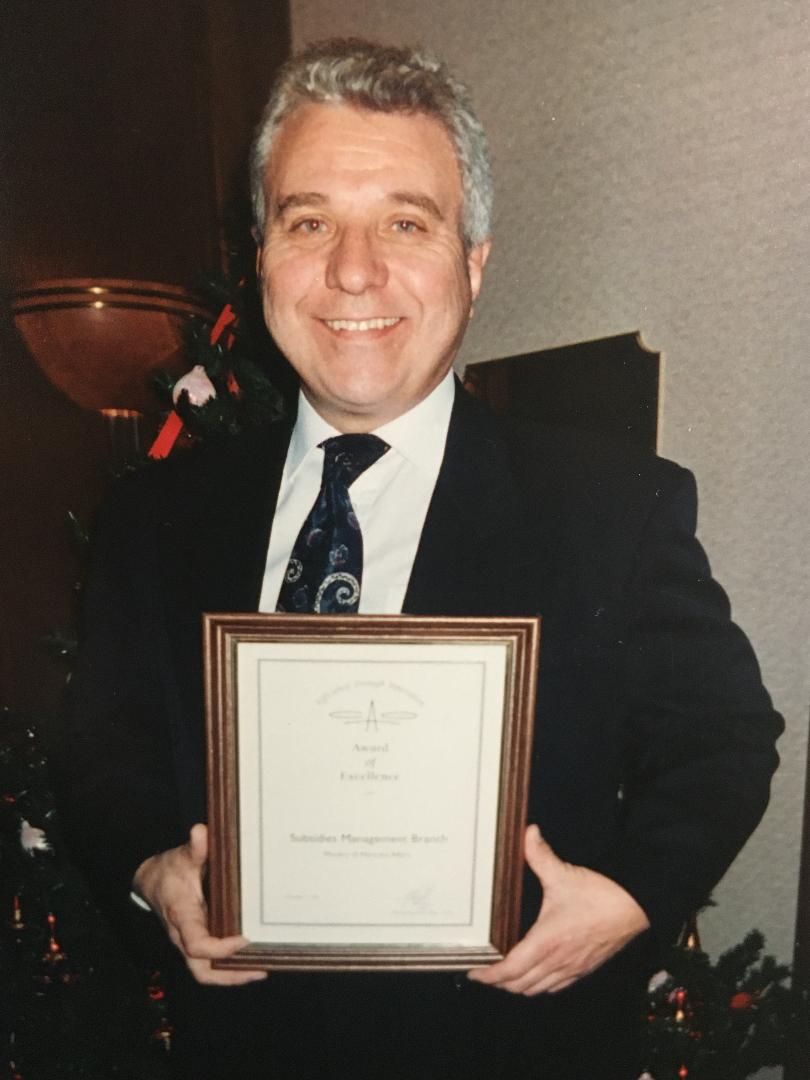 Andrew (Andy) Joseph Dabrowski passed away in the early morning hours of Tuesday September the 8th, 2020 at St Joseph’s Health Care in Toronto, Ontario. Andrew had been battling pneumonia recently, along with a years long struggle with Dementia and Parkinson’s.

The family would like to thank the staff of Copernicus Lodge, especially those working on 2 North where Andrew lived for the last three years. They also wish to thank the doctors and nurses of St Joseph’s Health Care 4 East, who helped Andrew in his hour of need.

Andrew was the loving father of Adam and Simon and will be dearly missed by his brother Voy (Sheila) and sister Marylka (Rev. Gary Empey). His nieces and nephews, both in Canada and in the United States, also remember Andrew.

Andrew loved to spend time with his family, play golf, take beautiful photos and make others laugh. He will always be remembered for his warm heart, sense of humor, and his ability to talk your ear off.

Andrew was born in Dundee, Scotland on March 13, 1949 to Vincent and Felicia Dabrowski. He later immigrated to Canada with his family at a young age, where they settled in Fenwick, Ontario.

Andrew went to Pelham District High School, where he played football with the Pelham Panthers Football team. Andy left the family home to pursue higher education at McMaster University in Hamilton, Ontario. There, he studied for his Bachelor of Arts from the faculty of Social Sciences with a major in economics, graduating in 1972.

Andrew worked for the Ontario Government as a summer intern, which led to a job in the Ontario Public Service. He retired as a Senior Economist after a career spanning over twenty years.

Andy loved food, especially having a hamburger, with a side of onion rings and a Coke. He was an encyclopedia of random, everyday knowledge.

He was also known to say to his family “ I’ll be 5 minutes “ leave the car and head into a store. One son would say “ He’ll be in there for an hour! “ and the other “ I know, he is going to talk to everyone in there! “

It is warm and cherished memories such as these that will help Andrew live on in each of our hearts. He is missed, but he will always be with us.

In remembering Andrew, please consider making a donation in his name to any of the following charities: